What a great game last night!! It felt great to get a goal and thanks to the 1-0 win away against Chievo we are now two points clear at the top of the Serie A Italian league! A great team effort!

So as you guys will have seen unfortunately, we didn’t manage to get a win at the weekend and were really unlucky to concede two goals which meant we ended up losing 2-1 at home to Fiorentina. Don’t worry though, as you saw from last night we have picked ourselves up quickly and are getting straight back into training hard. However, surprisingly the result of the game is not what everyone is talking about!

There have been accusations that during the match I wore shin guards with a different clubs logo on. I can confirm that this is entirely untrue and the shin guards in question (pictured below) were simply the Nike T90 model, who are the technical sponsors of the Ghanaian players. 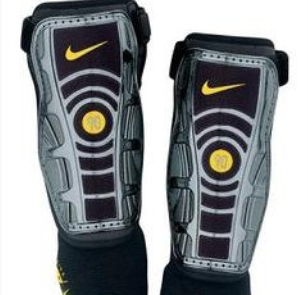 AC Milan have put out a statement explaining that I was not wearing shin guards with another club’s logo but I just wanted to let all my fans know directly that this is the case and I am fully committed to AC Milan.